It all started with a dream of Africa and about making a difference for just one child. My husband always tell me, "You can't save the whole world". Well, maybe I can't, but we can all try to make a tiny difference for someone!

With this in mind, I went to Kenya, not only to work as a volunteer at an orphanage in Nairobi, but also with a hidden agenda; to find a child with potential that I could help with an education.

Before leaving Denmark, I had read about Kenya and their problems. One of the great challenges they face is that a huge part of Kenya’s school girl didn’t have access to menstrual products during their period. As a result, they missed out on school 4 to 5 days a month, or completely dropped out because they got too far behind.

I decided that I would teach teen girls to sew reusable pads. I watched Youtube videos and found an easy pattern they could use to make pads for themselves. With that, I left Denmark.

But things are never as you imagine them from home. When I left Denmark, I didn’t know where I was going to live. I had just been in touch with an orphanage that was looking for someone who would work as a volunteer. The first shock came when I arrived at the orphanage and found out that it was in a slum area without toilets or showers, and smelled and looked like a dumpsite. Even though I had been there several times since then, I am still overwhelmed by the smell and the amount of waste everywhere. I don’t think I will ever get used to that.

The girls in Kenya are definitely not like our teenagers. I couldn't get a word out of them, they were so shy. Their reaction to telling them, "just take an old towel”, was “we have never owned a towel”. So all that I had planned from home fell apart. I was very close to giving up even before the end of the first week. But then I thought, these girls have lived here their entire lives, so I should be able to cope with the slum for two months.

These girls won my heart, and after following them and their lives for two months, I was suddenly turned into an ardent feminist, and had already decided to go back to Kenya (stronger and a bit wiser) and with the suitcase full of old towels. Help, they were going to get!

The next trip certainly did not go according to plan either. It was completely chaotic to try to teach 30 girls to make pads, you are only able to help one at a time. It took too long and even though the girls had the templates, they cut them far from the same.

Before the next trips, I had cut the fabric so the girls just had to learn to sew the pads. But again it became chaotic and many of the girls were so poor at sewing that the pads would fall apart the first time they tried to wash it.

I then decided that I would sew them myself. After sewing two pads I already began to feel a little discouraged, I had a long way to go! Then I got an idea. I made a post in our local group on Facebook for people living on the island of Amager, where I’m from, to see if there were anyone who would like to help me sew pads for school girls in Kenya.

The response was overwhelming. In one day I got 80 women who wanted to help me sew. On my first trip back to Kenya, I was able to donated 400 reusable pads to school girls and young mothers in the slum.

We then created a group on Facebook for women who were sewing pads for school girls.  Two months before I was leaving for Kenya again, I made a post on the group. The post was shared on a couple of sewing groups and suddenly we were 320 members. This time I went with almost 800 reusable pads, which were distributed in the slums in Nairobi, Mombasa, and among Maasai women in rural areas.

I started to get contacted by local organizations and schools from remote areas of Kenya. They were desperate to do something for their young girls. I now realize that this was going to be bigger than I was able to handle by myself. I needed some help if I were to continue trying to help these girls. Not only with sewing the pads, but also financially if I was to continue to travelling to Kenya, doing what was turning in to a passion for me.

That's why I decided to start Moja - Stitch for education. I hope with an organization and the board behind me, we will be able to reach even more women to help us, and also be able to raise funds to cover some of the travelling expensives, so we can continue making a difference for school girls in Kenya.

My name is Gitte Jespersen, I’m the founder of Moja - Stitch for education. Since 2013 I have been volunteering in Africa. Since 2015, when I was in Kenya for the first time, I have dedicated myself to projects that mainly support teen girls and young mothers in Kenya. I have gradually built up a large network of local NGOs who work as hard as
I am to help these girls. Together I believe
we can make a difference! 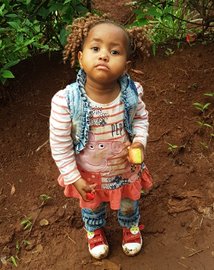 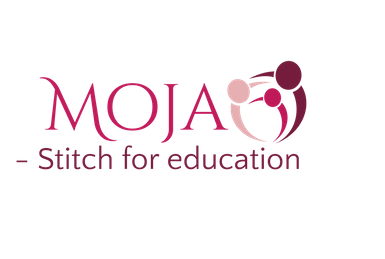